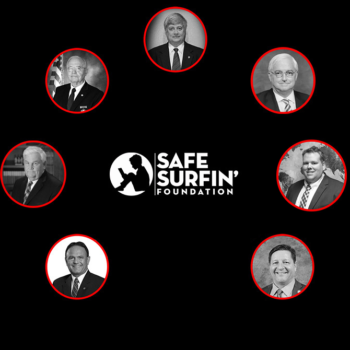 Our Executive Leadership and Board has vast backgrounds in law enforcement, non-profits, and the private sector. 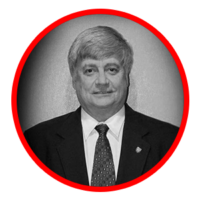 Eddie joined the Safe Surfin’ Foundation staff in 2012 as a volunteer after a very successful sales management career in the health and sanitation industry.

A native Virginian, Eddie graduated from Natural Bridge High School and then attended Phillips Business College, before studying at the University of Houston.  Over the next 30 years, Eddie attended several major marketing and management training programs, as he progressed upward in his career.  During that career, with a Fortune 500 company, Eddie developed skills which placed him in front of the leaders of major U.S. Industries, Resorts and Health Care facilities.

Eddie has served as a member of the Floyd County Drug Court since its inception in 2018. Eddie also serves on the Floyd County Economic Development Authority and is Past President of The Virginia Moose Association.   Eddie resides in Floyd County, Virginia with his wife Teresa who is an accomplished artist and school teacher in Roanoke County.

Sheriff Brown has served in the law enforcement arena for 53 years, and is a retired Senior Special Agent, United States Treasury Department, Bureau of Alcohol, Tobacco, Firearms and Explosives. He served in the US Army, Military Police Corps, from 1967 to 1970; as a Tactical Officer, Special Operations Division, Metropolitan Police Department, Washington, DC; as a Staff Support Specialist with the Department of Defense; and prior to his election as Sheriff on January 1,1996, he served as a criminal justice consultant/instructor with the United States Department of Justice, International Criminal Investigative Training Assistance Program, in Central and South America and the Caribbean.

Sheriff Brown has directed, since 1998, the Southern Virginia Internet Crimes Against Children Task Force, for the Department of Justice, Office of Juvenile Justice and Delinquency Prevention. He testified before Congress in 1999 on matters concerning Internet crimes against children (sexual exploitation of children and the problem of child pornography on the Internet). 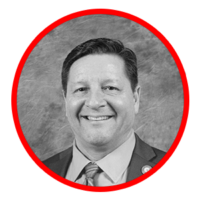 Chairman of the Board

Mike is from Chesapeake, VA. and currently resides in Elizabeth City, NC. He began his Law Enforcement career in 1979 as a member of the Suffolk (VA) Police Dept. where he spent 7 years prior to joining the Virginia State Police in 1986. With State Police, Mike served in many capacities to include spending time in the High Tech Crime Unit and has experience in handling internet crimes against children.

After his retirement in 2010, he began work with the Loyal Order of Moose and currently serves as the Director of Membership/Vice President of Moose International, Inc. Mike is married to his wife Linda of 23 years and has a 20 year-old son. 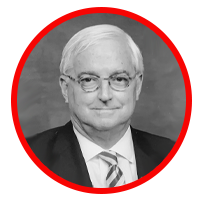 Judge Long is a retired Chief Circuit Judge of the 27th Judicial Circuit of Virginia. He was born in Radford, Virginia and resided in Blacksburg, Virginia his entire life prior to recently retiring to the Lake Norman area of North Carolina. Judge Long graduated from Virginia Tech in 1973 and received his Juris Doctor from the University of Richmond School of Law in 1976. He has been married to his wife Elizabeth for 36 years and they have two adult daughters. He was appointed judge by the Virginia Legislature in 2005 and retired in 2020 as Chief Judge of the 27th Judicial Circuit of Virginia. During his career on the bench, Judge Long established a family drug treatment court program along with five adult drug treatment courts. Virginia’s Lawyers Weekly named Judge Long a Leader in the Law in Virginia in 2016. 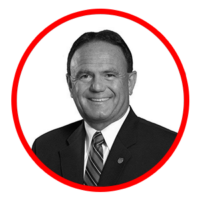 Jack is a past Vice President of Ecolab Inc., the global leader in water, hygiene and energy technologies and services that protect people and vital resources. During his 40-year tenure with Ecolab, Jack held numerous sales positions, including District Manager in Rochester, New York, Vice President of Corporate Accounts, and Vice President of Global Accounts. He most recently served as the Vice President of Industry Relations, representing Ecolab with industry trade associations in the areas of foodservice, hospitality, healthcare, government, education and manufacturing.

Jack is also a past reserve Deputy Sheriff of Prince William County, Virginia, serving from 2000 to 2003.

Jack has a bachelor’s degree in Political Science and Education from the University of Missouri. He and his wife, Virginia, reside in Bedford County in Huddleston, Va. 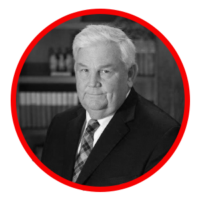 Ken Brooks is the Executive Vice President and COO of NW3C, Inc. d/b/a the National White Collar Crime Center. Ken works alongside the President and CEO overseeing daily operations in both administrative as well as programmatic initiatives. He joined NW3C in 1999 and has served as Special Projects Coordinator, Associate Deputy Director of Operations and Deputy Director of Investigative Support.

Before joining NW3C, Ken had a 20-year law enforcement career with the Henrico County Police Department in Virginia. After academy graduation, he performed assignments ranging from uniform operations to investigations.

Ken attended J. Sargeant Reynolds Community College and Virginia Commonwealth University (VCU) and has served as a member of VCU’s Cyber Advisory Board. 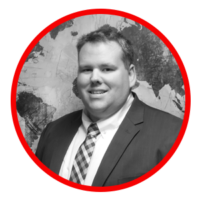 Mike is licensed to practice law in South Dakota, Arizona, and California. Prior to going to law school Mike spent the majority of a decade as a law enforcement office. While a law enforcement officer, Mike graduated with his Master’s Degree in Diplomacy Specializing in International Conflict Resolution. After leaving law enforcement, and graduating from law school, Mike represented the Department of Social Services in all aspects of protecting children and vulnerable citizens. Based on his prior work, Mike was selected to form the Elder Abuse & Financial Exploitation Unit with the South Dakota Office of Attorney General. During his tenure, he successfully prosecuted multiple criminal offenders resulting in prison sentences and hundreds of thousands of dollars ordered to be repaid in restitution.

Mike left the government sector and has now represented individuals who have suffered injuries or death based on the negligent or intentional conduct of others. Since entering private practice, Mike has been involved with the successful recovery of over $10 million dollars for his clients, and that number continues to grow.

Mike has a strong belief for standing up for those who cannot stand up for themselves, and is strongly committed to the mission of the Safe Surfin’ Foundation. 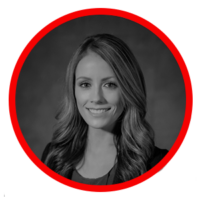 Michelle Kreps is the Director of Marketing for the Safe Surfin’ Foundation where she oversees market research, content creation, strategic campaigns, brand awareness, and public relations. Michelle earned a Master of Business Administration degree from Liberty University and a Bachelor of Science in Marketing degree from West Virginia University. In addition to her role at Safe Surfin’, Michelle is also the Marketing Manager at the National White Collar Crime Center (NW3C) and volunteers as the Social Media Manager at Abby’s Gluten Free Baked Goods. Previously, Michelle managed a branch of United Bank where she focused on consumer relations, sales marketing, recruiting, and management. 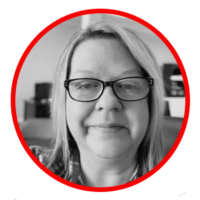 Staci began her career in 1991 in sales and marketing with a Fortune 500 company in West Virginia, where she received many national awards. Staci was then offered her own retail franchise in the communications industry requiring her to relocate to North Carolina. Upon meeting her future husband, Staci moved to Floyd Virginia and accepted a position with The Floyd Press. While working there she was offered a position as an Administrative Assistant for several Global companies. Because, of her desire to help children and with her vast internet/communications experience she accepted the position as Executive Administrative Assistant for the Safe Surfin Foundation. Staci is married to Doug Thompson who is an Instructor in Welding at Floyd County High School and has 2 sons and 2 grandsons. 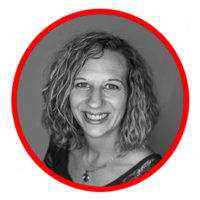 Director of Training and Education

Ret. Investigator Moe McClanahan served 20 years in law enforcement.  The last 12 of her career was with the Christiansburg Police Department. There she held the position of the Internet Crimes Against Children Investigator for 8.5 years. During her 20 yrs in law Enforcement she received training in areas to include undercover narcotics, SWAT, General instructor and Less Lethal Instruction, Peer 2 Peer File Sharing, Undercover Chat Investigations, and certified Forensic Analyst of computers and portable devices.

Moe is a graduate from the University of Northern Colorado with both her Bachelors and Masters degrees in Criminal Justice. Moe is a strong advocate for Special Olympics and has volunteered for over 22 years. As the Internet Crimes Against Children Task Force Member for Christiansburg Moe investigated both online and offline crimes against children, to include CyberTips from the National Center for Missing and Exploited Children (NCMEC). She conducted forensic downloads for 7 counties and educated on the dangers of social media. As an ICAC Investigator Moe educated over 10,000 adults and children in person and virtually. Since COVID19 she has been hosting a LIVE Two For Tuesday on the Safe Surfin’ Instagram page and has provided Cybertip Newsletter.

Moe also serves as a High-Tech Crime Specialist with the National White Collar Crime Center (NW3C) where she educates law enforcement on investigating cyber crimes.  She resides in Christiansburg, VA with her husband and son.